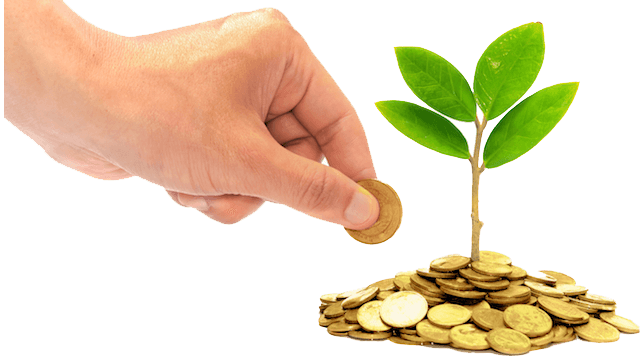 The concept of Producer company got predominance under Companies act after the bill introduced by the Ministry of Corporate Affairs stating the insertion of Part IXA (section 581A to 581ZT) into Companies Act, 1956.

“Producer Company” means a body corporate having objects or activities specified in section 581B and registered as Producer Company under Companies Act, 2013.
The term Producer means any person engaged in any activity connected with or relatable to any primary produce.

(i) Produce of farmers, arising from agriculture (including animal husbandry, horticulture, floriculture, pisciculture, viticulture, forestry, forest products, revegetation, bee raising and farming plantation products), or from any other primary activity or service which promotes the interest of the farmers or consumers or
(ii) Produce of persons engaged in handloom, handicraft and other cottage industries ;
(iii) Any product resulting from any of the above activities, including by-products of such products ;
(iv) Any product resulting from an ancillary activity that would assist or promote any of the aforesaid activities or anything ancillary thereto ;
(v) Any activity which is intended to increase the production of anything referred to in sub-clauses (i) to (iv) or improve the quality thereof ;

Section 581B. Objects of the Producer Company

The objects of the Producer Company shall relate to all or any of the following matters, namely : –
(a) Production, harvesting, procurement, grading, pooling, handling, marketing, selling, export of primary produce of the Members or import of goods or services for their benefit provided that the Producer Company may carry on any of the activities specified in this clause either by itself or through other institution
(b) Processing including preserving, drying, distilling, brewing, venting, canning and packaging of produce of its members
(c) Manufacture, sale or supply of machinery, equipment or consumables mainly to its members.
(d) Providing education on the mutual assistance principles to its members and others.
(e)Rendering technical services, consultancy services, training, research and development, and all other activities for the promotion of the interests of its Members.
(f) Generation, transmission, and distribution of power, revitalization of land and water resources, their use, conservation, and communications relatable to primary produce
(g) Insurance of producers or their primary produce. Promoting techniques of mutuality and mutual assistance.
(i) Welfare measures or facilities for the benefit of Members as may be decided by the Board.
(j) any other activity, ancillary or incidental to any of the activities referred to in clauses, etc.

I. Any ten or more individuals, each of them being a producer or any two or more Producer institutions, or a combination of ten or more individuals and Producer institutions, desirous of forming a Producer Company having its objects specified in section 581B and otherwise complying with the requirements of this Part and the provisions of this Act in respect of registration, may form an incorporated Company as a Producer Company under this Act.
II. Name of the company shall end with the words “Producer Company Limited”
III. Restriction on No. of directors.
a. Minimum- 5 Directors Maximum- 15 Directors In case of an inter-State co-operative society incorporated as a Producer Company, such company may have more than 15 directors for a period of 1 year from the date of its incorporation as a Producer Company.
b. Save as provided in section 581N, the Members who sign the memorandum and the articles may designate therein the Board of directors (not less than five) who shall govern the affairs of the Producer Company until the directors are elected in accordance with the provisions of this section.
c. The election of directors shall be conducted within a period of ninety days of the registration of the Producer Company.
IV. Secretary of producer company
a. Every Producer Company having an average annual turnover exceeding five crore rupees in each of three consecutive financial years shall have a whole-time secretary.
b. No individual shall be appointed as a whole-time secretary unless he possesses membership of the Institute of Company Secretaries of India constituted under the Company Secretaries Act, 1980.
c. If a Producer Company fails to comply with the provisions of sub-section (1), the company and every officer of the company who is in default shall be punishable with fine which may extend to five hundred rupees for every day during which the default continues
V. Save as otherwise provided in sub-sections (1) and (3) of section 58ID, every Member shall have one vote and in the case of equality of votes, the Chairman or the person presiding shall have a casting vote except in the case of election of the Chairman.
VI. Annual General Meeting
a. First AGM shall be conducted within 90 days from the date of incorporation.
b. The Registrar may permit extension of the time for holding Annual General Meeting (not being the first annual general meeting) by a period not exceeding 3 months.
c. The Producer Company shall in each year hold an Annual General Meeting and not more than 15 months shall elapse between the date of one Annual General Meeting to the next.
d. The AGM shall be called by issuing at least 14 days’ notice.
e. The proceedings of every AGM along with Directors’ Report, the audited Balance Sheet and Profit & Loss Account shall be filed with the Registrar within 60 days of AGM.
f. The shareholders shall have exclusive rights to be exercised in the Annual General Meeting such as:
1. Approval of budget,
2. Adoption of annual accounts,
3. Issue of bonus shares,
4. Approval of patronage bonus,
5. Declaration of limited return and decision on the distribution of patronage,
6. Specify the conditions and limits of loans that may be given by the Board to any director; and
7. Approval of any transaction of the nature as is to be reserved in the articles for approval by the Members.
g. Quorum:- 1/4th of the total number of members.
VII. Audit Compliances
a. Producer Companies shall carry out an internal audit of its accounts, at regular intervals in accordance with its articles of association and such an audit shall be carried on by a Chartered Accountant.
VIII. Striking of name
a. The Registrar shall strike the name of the Producer Company if the company fails to commence its business within one year from the date of registration or ceases it transactions after giving a notice to the company. Any Member of the Producer Company is aggrieved against such order
IX. Tax Implications:
a. No tax on agriculture income of Farmer producer companies. But such exemption may vary on the basis of the agriculture activity carried out.
b. The Producer Companies are taxable on par with the Private Limited Companies and Public Limited Companies.
c. The Income Tax Act does not specify any specific tax benefit which essentially provides special tax benefits or exemptions to producer companies by its definition. But subject to the agricultural activity carried out by the producer company, certain tax benefits and exemption can be availed.
X. As far as GST is concern the rates may vary in accordance with products.