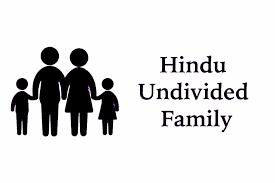 HUF stands for Hindu Undivided Family, governed under Hindu law board and could be formed by a married couple or by members of a joint family. HUF could be formed by two members, at least one among whom should be a male member of the family. Senior-most male member of the family would become ‘Karta’. Although it is governed by the Hindu law board, it can be formed by Jains, Sikhs, and Buddhists as well. Individuals of other religions except the above stated are not allowed to be a part of HUF.

Karta is the oldest male family member. In the event of the death of the Karta, his eldest son becomes the next karta, who will be followed by the next son in line if the eldest son does not want to be the karta. If there are no sons, the unmarried daughter can become the karta in the unfortunate event of the death of her father. If the karta passes away, the assessing income tax officer should be intimated of his death and the appointment of the new karta.

Basic criteria for an HUF:

There are some essential conditions that must be fulfilled to qualify as an HUF. These are outlined below:
1. Only one member or co-parcener cannot form an HUF;
2. The joint family continues even in the hands of females after the death of the sole male member;
3. An HUF need not consist of two male members. One male member is enough. For example, a father and his unmarried daughters may form and HUF.

1. HUF can be incorporated by executing a deed which is written formal document on stamp paper stating the names of Karta and Co-parceners, using that HUF can apply for PAN and can open separate bank account on the name of HUF.
2. HUF corpus can be created with money received as gifts from relatives or with assets received under a will or inheritance, as it enjoys tax exemption.
3. Usually, the name of karta is the name of the HUF.
**Personal assets and funds are not transferred to the HUF account, as income generated from it shall later be clubbed under personal income under Section 64 (2).

In order to compute the income of an HUF, one has to first ascertain its income under the different heads of income (ignoring incomes exempted under sections 10 to 13A of the Act). The following points should be keep in mind while computing income:

Ancestral property may be defined as the property which a man inherits from any of his three immediate male ancestors, i.e. his father, grandfather and great grandfather. Therefore, property inherited from any other relation is not treated as ancestral property. Income from ancestral property held by following families is taxable as income of HUF:
a) A family of widow mother and sons (may be minor or major) ;
b) Family of husband and wife, having no child ;
c) Family of two widows of deceased brothers ;
d) Family of two or more brothers ;
e) Family of uncle and nephew ;
f) Family of mother, son and son’s wife ;
g) Family of a male and his late brother’s wife
Tax slabs of HUF are same as that of an individual, with an exemption limit of 2.5 lakhs and qualifies for all the tax benefits under Section 80 C, 80D, 80G and so on. It also enjoys exemptions under Section 54 and 54F with respect to capital gains. If any remuneration is paid by the HUF to the karta or any other member for services rendered by him, remuneration is deductible from income of HUF if such payment is genuine and not excessive and paid under a valid and bona-fide agreement.

1. That the HUF at present is consisting of the followings members-

HUF with only Female Members:

A Hindu widow being the sole surviving member, cannot constitute a HUF. Gangamma Vs. Agl. ITO (1991) 188 ITR 1 (Ker.). After the Amendment in the Hindu Succession Act, in 2005, a Hindu Widow and her unmarried daughter can constitute a HUF, even when the widow had not adopted a son since, daughter is also a coparcener.