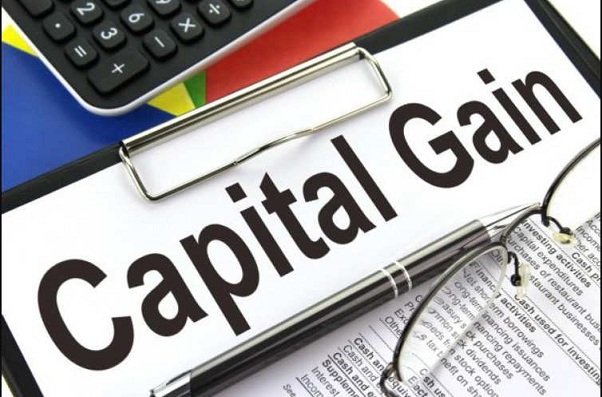 Income under the Capital Gains

Capital gains shall be chargeable to tax if the following conditions are satisfied:

Capital Asset is defined to include:

However, the term ‘capital asset’ shall exclude the following:

iii. not being more than 8 KMs, if the population of such area is more than 10 lakhs.

Note: Unlisted shares and immovable property (being land or building or both) held for not more than 24 months immediately prior to the date of transfer shall be treated as a short-term capital assets.

Capital Asset that held for more than 36 months or 24 months or 12 months, as the case may be, immediately preceding the date of transfer is treated as a long-term capital asset.

The period of holding shall be determined as follows:

“Transfer”, in relation to a capital asset, includes:

(i) Sale, exchange or relinquishment of the asset;

(ii) Extinguishment of any rights in relation to a capital asset;

(iii) Compulsory acquisition of an asset;

(v) Maturity or redemption of a zero-coupon bond;

(vi) Allowing possession of immovable properties to the buyer in part performance of the contract;

(vii) Any transaction which has the effect of transferring an (or enabling the enjoyment of) immovable property; or

(viii) Disposing of or parting with an asset or any interest therein or creating any interest in any asset in any manner whatsoever.

4.6 Transactions which are not regarded as transfer [Section 47]

The capital gains on transfer of capital asset shall be computed in the following manner:

* Short-term capital gain or loss from the sale of depreciable asset will arise only in the following two situations:

Note: The base year for computation of capital gains has been shifted from 1981 to 2001 with effect from the assessment year 2018-19. Thus, if any capital asset (acquired before April 1, 2001) is transferred then the assessee has an option to take its cost of acquisition either as fair market value as on April 1, 2001, or its actual cost.

However, there are some cases where the benefit of indexation is not available, which are as under:

CII in relation to a previous year means such an index, as Central Government notifies on year to year basis.

The Central Government has notified the following Cost Inflation Indexes

4.8 Computation of capital gain in case of sale of shares or debentures of an Indian company purchased by a non-resident in foreign currency [ first proviso to section 48]

In such a case, capital gain shall be determined as under:-

** Buying rate is the telegraphic transfer buying rate of such currency.

However, in the following cases “full value of the consideration” shall be determined on a notional basis as per the relevant provisions of the Income-tax Act, 1961:

The cost of acquisition of an asset is the amount for which it was originally acquired by the assessee. It includes expenses of capital nature incurred in connection with such purchase or for completing the title of the property.

However, in cases given below, the cost of acquisition shall be computed on a notional basis:

When a depreciable asset (which was subject to depreciation on straight line basis) of a power generating units is sold, discarded, demolished or destroyed then terminal depreciation shall be deductible from sale consideration while computing capital gains, or balancing charge is taxable in the relevant year, as the case may be.

Cost to the previous owner shall be deemed to be the cost of acquisition in the hands of the taxpayer in cases where a capital asset becomes the property of the assessee under any of the modes given below:

Now benefit of reduced rate of tax (i.e., 15%) shall be available w.e.f. 1-4-2016 even in respect of income arising from the transfer of units of a business trust which were acquired by assessee in lieu of shares of special purpose vehicle as referred to in section 47(xvii).

4.14 Reference to valuation officer [Section 55A]

With a view to ascertaining the fair market value of a capital asset, the concerned Assessing Officer may refer the valuation of the capital asset to a Valuation Officer appointed by the Income-tax Department in the following cases:

1) Where the value of the asset as claimed by the assessee is in accordance with the estimate made by a registered valuer (who works in a private capacity under a license issued by the Board and his valuation is not binding on the Assessing Officer), but the Assessing Officer is of opinion that the value so claimed is at variance with the fair market value of the asset;

3) Where the Assessing Officer is of opinion that, having regard to nature of an asset and relevant circumstances, it is necessary to make a reference to the Valuation Officer